Maharashtra: Wife stabs husband to death as he said no to third child 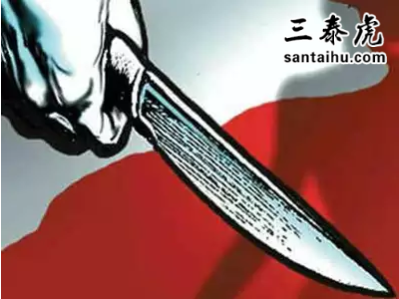 MUMBAI: The Nsopara woman who was arrested for allegedly stabbing her husband to death in their home on Wednesday told the police that she did so because she was upset with her husband since he did not want to have another child.

Pranali Kadam (33) and her husband had two daughters. Pranali cmed that while she wanted a son, her husband did not want to have more children. Earlier, she had told the police that she was upset with him as he was having an affair with someone at his workplace. Before that, she had cmed that he had inflicted the stab wounds on himself. The police, doubting her statements, questioned her further.

Pranali stabbed her husband, Sunil (36), eleven times with a kitchen knife in their bedroom in their Nsopara (E) flat around 5.30am on Wednesday.

stabbed 11 times - sorry for the man who was living in danger all this while...

Must be a followers of some known po itician who advised Hindus must have more & more children.

dont know what is truth..but definitely beacuse of her insanity one life is lost and 2 innocent lives are dest yed...

Women is asking for third child so intensly and even killed her husband for this , its not easy to take care of a single child in this era ,living is too costly from schools to colleges to marriages to buying homes and etc is NOT easy ...poor guy

Pranali, what is she ? wants to be a baby making machine???

She stabbed her 11 times with kitchen knife..that is real cruel.and that too reason is for 3rd child..Now wondering what will happen to their children.their father is no more and mother would be in Jail.

Shame on you. You made your both daughters orphans. Its not just a child issue there is something hidden here

Does she have any paramour? Need to be checked.

Nobody knows the truth, such matters are not difficult to resolve in peaceful manner.

This is why Modiji ran away from Marriage and wife.

RIP.... Shocking ..!! This is a different twist to " Greed for a Son ".!! What did the stupid woman get by killing the poor guy?? will it get her any son now?? She was lucky to have a husband with progressive thinking who didn''t hanker after a son & force her to keep having children...!!!!!

A Singh•13 hours ago

In the current times bringing up two children itself is a challenge. Eventually it is man who has to bear the financial burden.

Now get pregnant inside the jail premises. Your stupidity made the 2 daughters orphan for the entire life. Shame on you.

go nment''s women empowerment is working. law will not punish this women because feminazis will give her many sympathy. men''s life is less than a dog in india. men are treated as 3rd class citizen in india. no future to such a society. laws should made gender neutral. give this women death penalthy immediately.

Abla Bari still some people will question a man and sympathize with a woman..

Thing is after killing him she is saying he had an affair, was asking her for dowry etc etc all excuses to demean him

why did you mention names here...? because they were Hindu''s?

No ..coz she need to be exposed

So sad, where is our society is heading. People don''t even feel regrets after doing such a horrific crime.

Very strange, actually men demands for kids or son but here complettly opposite...arrre she could have sex with someone else for kids :)