Beijing has released rare footage showing three of its most powerful fighter jets taking part in a flying exercise together.

The eight-second clip was published by China Air Force on its social media account and shows J-20, J-16 and J-10C flying side by side. 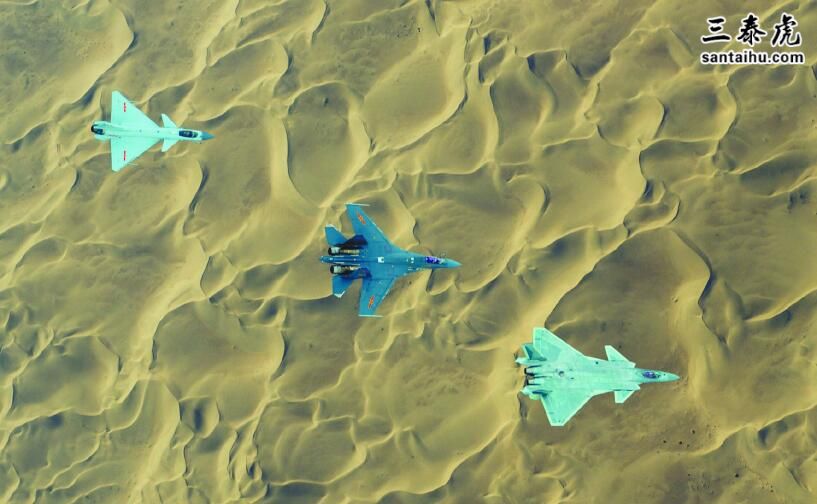 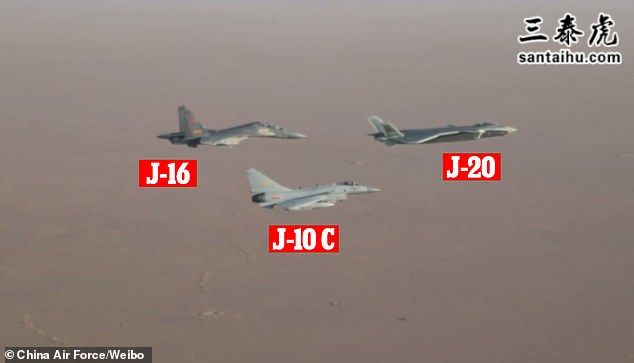 Hold Fast, Republic of the, United States,
All cheap knockoffs of other country's successful fighters

If you do to many maneuvers against them, the main frame will crack @ the wing struts. just like the vacuums they make.to many aggressive moves and they will start to fall apart

I'm sure it's just a coincidence that these jets look like American jets.

They'll never know what hit them. Most people don't have a clue as to what 5-th generation really is. It's not just the aircraft..

We all know what made in China means

J-10 is a ripped off Eurofighter/Gripen/Rafale lovechild. The J-16 is a Sukhoi in a frock. And the J-20 is an F22/35 underpeforming clone. Original people these Chinese.

If they fly like they drive nothing to worry about

Made off the same plans as the US

They are garbage and you need good pilots to fly them and US has the best in the world.

Hahahahaha. "Made in China" should ensure that most of these will drop out of the sky without any help.

So which of the western hemisphere's air forces did they copy these planes from?

China doen't need any arms, they already won the war ant the US is their pocket.

"made in China" still means the same thing it always has

You mean stolen don't you?

They would have been impressive planes if they were put into service in the 1980s. But they are all just 4th gen fighters, not 5th gen like the US F22 and F35. These planes have no stealth abilities

They got the manufacturing abilities thanks to GM and Apple.

You may notice that they look eerily similar to American planes. Well, there's a reason for that.

These should be as reliable as the typical Chinese product.

They make cheap products for you, not for their military.

Made with stolen American tech

The Americans gave them the tech so they could use their cheap labour.

It wasn't really stolen, the Democrats, particularly the Clintons, have been more than happy to sell it to them

"developed by Beijing", Sure

Or developed by Shanghai??