What is the most Russian thing ever?

The first thing that came in your mind is- “Those worker who specializes in roof construction”. 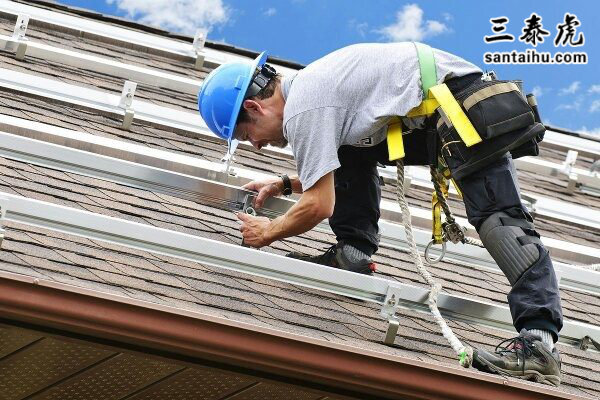 But ever heared of “Russian Roofers”

They are not same as the above. Actually they are more different.

Let me show you, 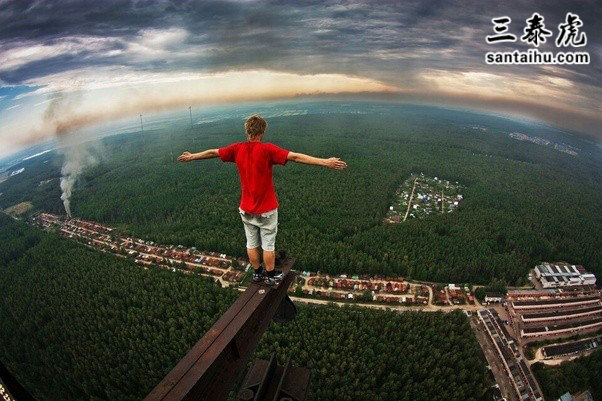 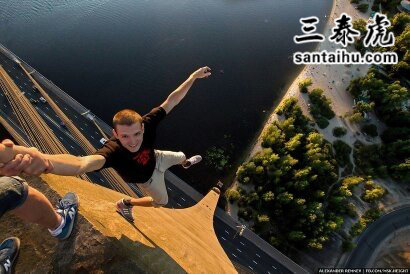 A news came few years ago…

“A kid who is wanted for roofing Moscow's financial center” 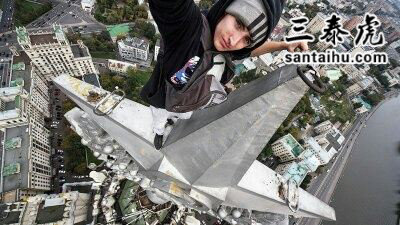 Now days, more roofers are coming day by day. And they are taking more risk to get fame. They are now climbing highest buildings of Russia. And also this thing is increasing in Russia and some people included this thing in their daily schedule. I don't know how Russian police deals with that but I only know, Russian took the term roofers to a different level.

I think this is the most Russian thing ever.

I was walking past St. Isaac’s cathedral in St. Petersburg when I saw a group of American tourists and a Russian tour guide. As usual, I slowed down to see if I knew the guide — a lot of my former classmates became guides for the money.

St. Isaac’s on the left, the Astoria hotel on the right.

I didn’t recognize her, but I found myself caught as she pointed to the beautiful Astoria hotel behind her.

Guide: “This is Astoria hotel. It is beautiful and very old. You know Russian poet Sergey Yesenin?”

The tourists mumbled a ‘no’.

And then, unexpectedly, she switched to Russian and began reciting a poem I hadn’t heard since childhood. The words tugged at the strings of my heart and rooted my feet to the ground.

“Just below my window

Under snow in winter

On the fluffy branches

Sparkling in a row

Of the purest snow.”

There was a moment of silence where we all held our breaths. You didn’t need to understand it to hear the beauty in the words.

Finally, one of the tourists spoke up.

Tourist: “So this hotel, it’s where Sergey lived?”

Guide: “No, it where he commit suicide.”

They were mortified, but I smiled to myself. They had just learnt an important lesson about Russia.

In 1918, a wealthy financial lawyer from Zhytomyr (now part of Ukraine) was arrested by the Cheka, the Bolshevik secret police, and sentenced to die. His crimes were severe indeed. He had contributed legal advice to bankers, industrialists, and trusts before the revolution. There was, of course, no trial; the man's guilt was obvious. No one could possibly have made so much money honestly.

On the day of the execution, the lawyer and his fellow prisoners stood lined up against a wall. The firing squad readied their weapons. Stoically, the condemned men awaited their fate.

At the last minute, a superior officer happened to walk past the scene. He inspected the list of prisoners who were to be shot. Everything was in order—except for one name. “Ossip Bernstein!” he exclaimed. Walking over to the lawyer, he demanded, “Are you really Ossip Bernstein? The chess player?”

Ossip Bernstein was one of the world's top grandmasters. Having nothing to lose, the lawyer nodded affirmatively.

Immediately, the officer ordered a halt to the proceedings. One did not simply execute a chess grandmaster. But, still suspicious, he demanded that “Bernstein” prove his identity. The test was simple: the officer and the lawyer would play a game of chess. If the lawyer won, he would go free. But if he lost or drew, well... the officer gestured to the firing squad.

With the executioners looking on attentively, a chess board was set up and the game began. The lawyer's hands shook as he made his moves. Soon, though, the officer began blundering pieces. His opponent captured them efficiently, growing increasingly confident with each move. Finally, it became clear to everyone that the lawyer had an overwhelmingly superior position. The Bolshevik officer resigned.

“All is forgiven!” declared the officer. “It seems that we have made a small mistake. This man is innocent after all.”

Bernstein walked away alive and without a scratch. He escaped with his wife and children via a circuitous route passing through Bulgaria, Turkey, Serbia, Austria, and Norway, ultimately reaching Paris and rebuilding another large fortune from almost nothing. Many years later, he would tell his story to his friends and fellow grandmasters Edward Lasker and Arnold Denker, who wrote it down and published it.

There are plenty of countries in the world where one can get a pardon with the right connections, even for the most serious capital offenses. But being pardoned for winning a chess game? This could only happen in Russia…

I was happily witness to one of the most Russian things ever. I was co-teaching a freshman field geology class for Louisiana State University. The kids were some of Louisiana’s top students and one of them was a crack Chess player, beating everyone, myself included (not that I’m so great). After whooping everyone several times in the first week and gloating endlessly about it, the head instructor laughed him off and told him:

“You may think you’re good, but I’ve got a friend in Russia who is a true master. He’d wipe the floor with you!”

After several days of constantly hearing this response to his own endless bragging, the 18 year old kid says:

“You’re full of shit. I could take him, no problem.”

The instructor smiled and said, “Let’s find out.”

So up we climb to the middle of a grassy field, the only place where we can get cell phone reception in the Colorado mountains, the kid carrying his chess board, and the instructor calls his friend in Russia (don’t know where in Russia… I never had a ton of details). He chats with him for about ten minutes and then grins at the kid.

“He says he’d be happy to play you. Set up the board, we’re doing this.”

So the kid sets up and, over the next 45 minutes or so, they play two games of chess, the instructor relaying pieces and positions from across the globe. It was intense and kind of surreal as he played in the grassy field under the Colorado sun. As I recall, the Russian won both games, though the kid was able to nearly take every piece of the Russian’s before he lost the second game.

As that final game drew to a close, the Russian started taking longer and longer with his moves. At one point, the instructor even had to shout at him to play. We thought the guy must’ve been getting worried.

After the second game ended, the instructor wrapped up the call and we all reflected on the fun we had just watching. I told the defeated kid, “You did a great job. That last game was really close. I thought you had him at one point.”

The instructor laughed. “Man,” he said, not holding back in the slightest. “It was 3am there. And he’d already finished an entire bottle of vodka before I even called. You should have heard the way he was slurring when he gave me his chess positions. I think he actually passed out for a moment at the end. I had to wake him up!”

And that was the most Russian thing I’ve ever witnessed. A Russian willing to destroy the best chess player I’ve faced over the phone at 3am while blackout drunk. Awesome. 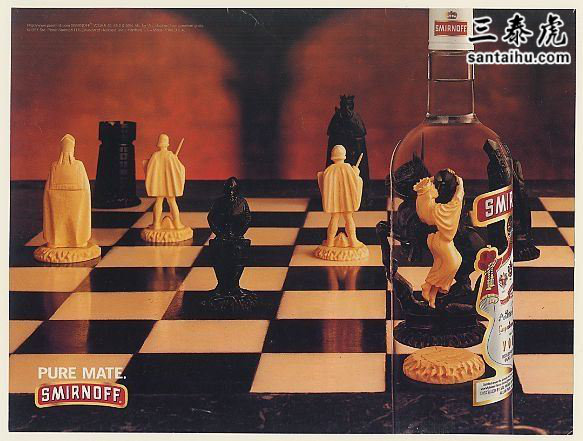 Leonardo Morán, I was born in Cuba, studied and worked in Europe, and live in California.

It was a summer day in Moscow. I'd asked the waiter for ice in my drink. “Ice?” he repeated worriedly. “Are you sure you want…ice?” He turned to my Russian girlfriend, hoping she might talk some sense to me. She looked at me and firmly shook her head. "Ice? No, Leoshka! Absolutely not. No ice in drink!"

"No!" she repeated firmly. "Ice? In drink? What is this, American custom? Do you seriously plan to swallow ice-cold liquid?"

"No!" she scolded. "You must never swallow cold drinks. Have some tea instead. Very hot tea. You can put lemon in it. Did your parents not teach you this?"

"Yes. Don't you know? Ice is dangerous for the throat and neck. That’s where colds and flu begin. Iced drinks lead to illness. Sometimes, pneumonia!"

I told her that in America, people always put ice in their drinks. But unlike in Russia, they refused to eat raw bacon. In America, raw pork can be contaminated. With salmonella.

She shook her head and vented a patient sigh. “What madness. Everyone eats raw bacon. It’s delicious. Would you like some?"

So I ordered the tea. And the bacon. Because you don’t argue with a Russian girlfriend.