What is your biggest “only in China” moment?

My friend’s husband recently visited China on an official trip. He brought back IPhone 6S for $120. 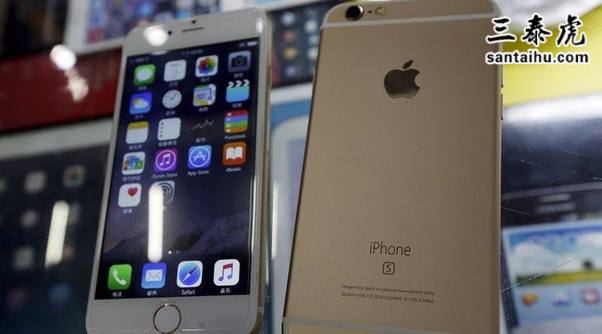 For people who want Android and Apple to become friends, do visit China to witness and embrace their friendship!

Not to me, but it happened for one of my team leads who happened to live in China for a fortnight on account of some office work.

One day he, along with some of his team members, went for lunch to a nearby restaurant. Came back to the office after an hour only to find employees as below. 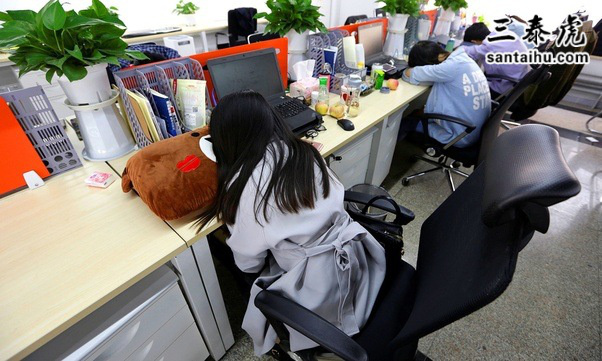 People were sleeping at their office desks!

Coming from India it would be a huge shock witnessing employees sleep at a workplace. Not one but all were in a deep sleep.

Later he enquired of this incident and came to know that in China people take a Noon time nap. It seems that it would be better to re-energize themselves for the work in the afternoon.

There is a saying in China which reads :

Translation : Not napping at noon will lead to you collapsing in the afternoon.

Well just remember that you are not in China if you want to take a quick nap at your workplace.

Oh, I have one for you. This was back in the 80’s , when I studied in Beijing. One night, some friends and I had been out partying all night (which was considerably harden then than it is now!!), and were driven home at about 4.30 AM in a private car (also unheard of then) by a friend who worked at an embassy. Suddenly, just before BeiDa, at the side of the street we see a young man and woman on a bicycle, waving frantically at us. The woman was clearly pregnant, and was doubled over in pain.

We stopped the car, and the guy, almost hysterical, is telling us his wife is about to give birth. He said they had made their way so far on bicycle (!), but she could not sit on the bicycle any longer, and they were desperate.

We took them in the car, our embassy friend freaking out now because of the diplomatic consequences that this could have. We overruled him and started out in the direction of the hospital. The father-to-be kept telling us the wrong direction, because at this point he was literally unable to formulate a clear thought, the woman was screaming, the driver was panicking, and I was trying to hold it all together. Finally we arrived at the hospital- surrounded by a thick 6′ high wall, locked gates, no lights.

We left the couple and the diplomat in the car, and climbed over the wall. Banged on the door, and screamed for help. Finally, a warden, super irritated that she was being woken up, screamed out of the building to shut up and hold on. We had been calling in Chinese, so she did not realize we were foreigners.

When she came out and realized what was going on, (not that a woman was giving birth, mind you, but that some foreigners had somehow entered the hospital premises!), they quickly turned on the lights, opened the gate, and grudgingly let us in.

The poor woman could barely walk at that point, and I was hoping that somehow a wheelchair would materialize, but no- they just barked at her to walk. The warden had done a preliminary check (she had literally peered between the woman’s legs), and told a yawning nurse or doctor that had somehow materialized that she was crowning. No matter, they told her to sit on a wooden bench. At that moment, I realized that our presence would in fact not help her, as it had done previously, but most certainly hurt her- why did these Chinese people know foreigners, what was their relation to them, were they spies, all that kind of beautiful stuff- so we decided to duck out as quickly as possible. There was nothing else we could do for them. I often think about that woman, sitting on that wooden bench, and hope that everything worked out for her, them, and the baby. Only in China…

Oh god there are so many.

When a new foreign devil comes and is relatively new to China they will often express shock at the things to which you’ve become accustom. The reply from the not Fresh Off Boats (FOBs) is just:

TIC - This is China

But probably the most. Or at least one of the biggest “Only in China” moments is: 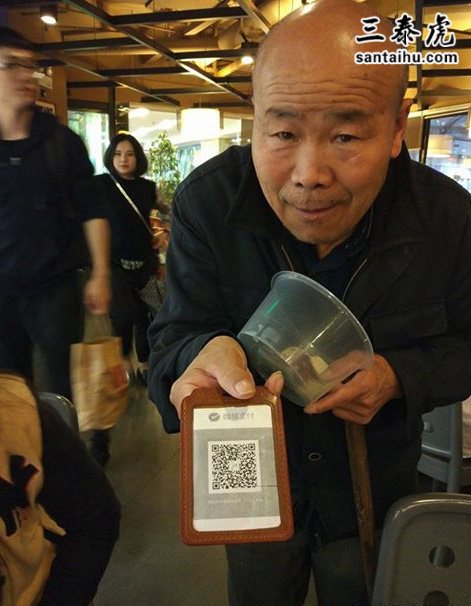 A “beggar” who when you try and be polite and say the classic “Sorry no change” will produce a QR code which you can scan and send money to his smart phone wallet.