It’s not docking! Incredible moment a massive tanker ship crashes into a dock after failing to weigh anchor

This is the incredible moment a huge container ship crashes into a dock after failing to weigh its anchor and takes out a chunk of the harbour.

The ship can be seen approaching the dock in Mumbai, India, and men can be heard shouting as the vessel crashes into the dock.

Although the collision left a hole in the side of the walkway, no one is believed to have been hurt in the accident and there was no major damage. 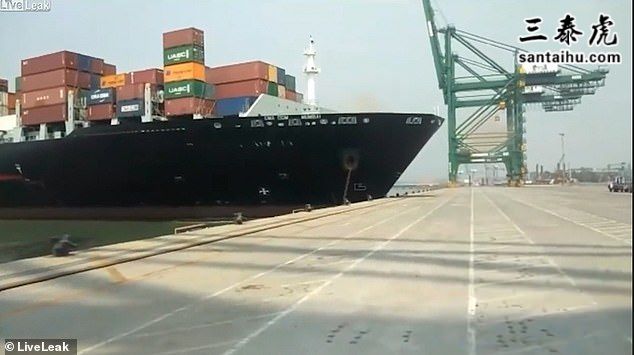 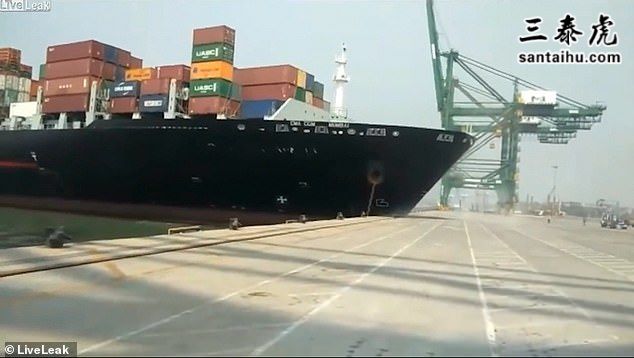 Not surprising considering the way they drive cars too!

This a CONTAINER SHIP. Not a tanker. Ignoramus

This article seems confused. Weighing anchor means raising the anchor, not lowering it. They suggest the anchor was lowered too late, though I'm not sure that is the cause of the accident either.

Dropping the anchor in port while trying to dock was a last ditch attempt to stop the ship, the pilot will probably be sacked for approaching to fast. A ship never normally drops anchor when it is docking in port.

Where were the tugs?

A ship never "weighs anchor" when docking. It's actually used when a ship raises the anchor to get under way.

Looks more like a container ship than a "tanker ship". The containers that it's carrying are a bit of a clue.

Perhaps it was just a woman driver

This is the second time in a week a ship that is quite obviously not a tanker has been called a tanker. Where do you get these reporters from?

Was it too difficult to put the engines in reverse.......

Do you know how long it takes these things to stop?

To the ignorant people at the DM: when you weigh anchor you are picking it up. Retrieving it. Not dropping it in a last ditch attempt to stop forward motion.

No tugs in India?