Lol, this is quite a stupid question. It is hilarious to see Indians with their fake nationalism comapring India to China.China is far far ahead to India in regards to almost every aspect. India while growing at a good space is never likely to catch up with China. Also,people pointing out that India's strong point is de acy are mistaken. Democracy is actually Indias weakest point.

In the long run, it is definitely India.

People looking at the current status China Vs India conveniently forgot that India is the largest de acy while China is the largest dic ship. Democracy is synonymous with stability, and confidence-inspiring. On the other hand, dic ship can collapse at any moment due to the presence of many many problems, such as ghost cities, environment pollution, surplus males from “one-child policy”, huge debt, capital flight, “leftover women”, aging population, onset of AI and automation, etc.

China, China will continue to be many many years ahead of India, for India to catch up, it would have to have decades of incredible growth like that of China and that probably isn’t possible.

Talking about infrastructure, India has many regions where power cuts are a daily occurrence, electricity is one of the most basic infrastructures that is a guarantee for a better living standard, India is struggling to provide a high quality 24 hour supply to its people when China achieved this years ago, sewage treatment and waste management are also other areas where China is light years ahead of India.

If you still think that India would somehow end up ahead of China then I want you to see this pics, they are a showcase to China’s development: 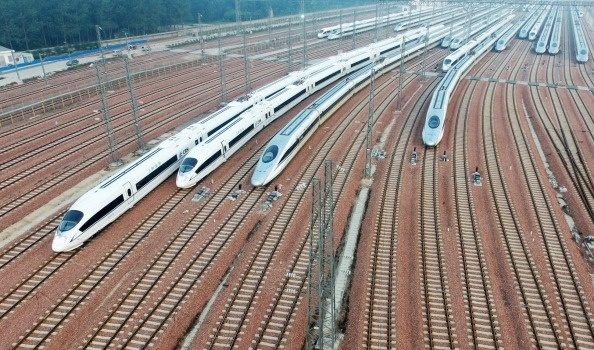 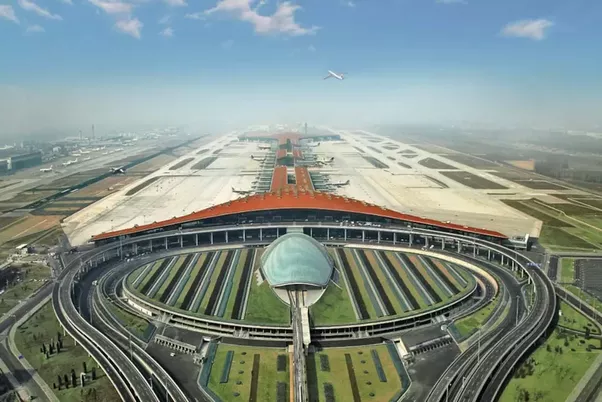 Jason He, A college student major in English

This is really a hard question, and I think that in this 50 years, China will be always ahead in development. When it comes to your question, I'm so sorry that I can't give you an answer for there are too much possibilities, maybe a war would change everything, we don't know. Maybe North Korea? Just for kidding.

Surely will be India. India will be the only world wide powerful contry in this planet as the largest de acy country in the world. lol

Amin Kayal, Entrepreneur, investor, business executive
In my view China will always have an advantage. It's related to the culture and history of the country. But Never say Never.

Avkrishna Rao, former Geological survey of India( retired) at Central Govt of India (1968-2002)
If India puts one step forward China can move two steps, they got control, no bribes, no hurdles, no political interference( If it’s there it’s for good only)

Because it is India that is good in both scentice and fre m, China is nothing but a shit when compared with India in space and aeronautics technology.

China copies everything whereas India keeps on creativity.

Ekjyot Singh Chabbra, Bored with a variety of interests

In the long run, anything can happen.
Any random event can and will alter the course of history.
Suppose a meteorite crashes into China, destroying/disabling much of their infrastructure. What then?
Well besides the (obligatory) international relief, another/some other nations could rise up to helm the mantlet once worn by China.

Joseph Boyle
Equal enough so that one cannot dominate the other, which is what is most significant.

India is maybe 20 years behind overall but it varies a lot by sector and is ahead in some.

China will surely remain the manufacturing hub but with gradually more outsourcing as Japan did.

Randy McDonald, Torontonian and loving it

At this stage, it is impossible to judge.

China now is ahead of India, has been ahead for the past two decades, and enjoys certain advantages (a higher level of human development, better administration, perhaps a more homogeneous population) that India does not. Does this mean that, in the long run, India cannot catch up, cannot develop its own advantages? Not at all.

Definitely China, because what INDIA lacks is unity.
Our PM started make in India initiative which is progressing at a slow rate.
Also Indian currency's strength is degrading when compared to us dollar.

If your definition of long run is 10 years then it will be and has to be China all the way. It has much more land and more resources than India and is also very powerful economically and militarily than India and has at least thrice the nuclear arsenal that India possess. But if you talk about after the next 15 years it can be India as currently China is undergoing a lot of termoil due to investing billions in infrastructure development and those investments not paying off well , these won't create an immediate negative impact but in the long run it will hinder China's growth severly and also China's one child policy has reduced it young working population that will affect production in the long run. Also U.S.A and Japan look at China as a threat and thus they are trying their best ( discreetly in case of USA) to prevent China from becoming a superpower and dominating others.

It is difficult to say that who will have a lead on long term in area of economic development.

Both countries have their own advantages & disadvantages. While China has a lead in terms of economic development, India has now become fastest growing economy among major economies. The economic growth of China has slowed compared in recent years compared to its own growth in last 2-3 decades. But in these 2-3 decades China has progressed at an astonishing rate. Never ever in human history, so many people have come out of poverty zone so fast. India has a long road to catch up China.

But India has the real jackpot in the long race and that is “Democracy”. China is so powerful but it fears simple things like Facebook, Google, Twitter etc. India trusts its own citizens while China always lives in fear of its own citizens. India may take years to build an infrastructure project but it takes opinion from everyone & try to find a best possible way. Till recently, Chinese were not allowed to have more than one child. This controlled population but a state should educate its citizens regarding having less child and must not dictate the number of children one should have.

Indian may have some fators that stunt development now,but Indian's leading elites have also realize these problems.The development of India can refer to China and avoid detours,The recently years high increase rate of GDP proofs that Indian has found the suitable development mode,Indian has more young and clever people.According to the Late-Developing Advantage theory,Indian will develop more better than China in decades.

In fact India has been the country with the largest number of foreign CEO in the top 500 companys of the US，yet Chinese are just some technology team leaders.

This is open to debate and there is no definite answer to this question. China and India have historically been the world's two largest economies accounting more than 40% of world's GDP.

Now, both are again trying to regain their glory. China has grown tremendously in last 4 decades, pulled millions out of poverty, have created a world-class infrastructure in all sectors and become the world's factory. India was left behind due to various reasons. But since 1991,India’s growth pace has been second only to China. India, too, has pulled millions out of poverty and prosperity has reached to majority of Indians.

Both countries are again on the path to be largest economies of world in next 20 years.

India will be third biggest economy by 2030. But, Which country will be really ahead in 2050? This is debatable. There are only few agencies that put their bets on India. That China will soon be world's largest economy is a forgone conclusion.

Will India ever overtake China in total GDP or development? This depends on many factors :India's growth in next 2–3 decades, social cohesion,and legal/admn/economic reforms in coming time. Of course, how much does China grow in next few decades will also decide the ultimate winner.

China is ageing,while India is young. China may face social challenges emanating from one-party rule, while India is a flourishing de acy . India has solid foundation and institutions as far as de acy is concerned, China doesn't have this.

Field is wide open for both the countries.

india can never grow better than china with current de acy as india is brainwashed by media for centuries starting British colonialism to till today. indian media is foreign owned, Pakistan, USUK elite, even china own some media in india. it's possible for anyone in world to start media channel in india. so media is always anti india, anti hindu, anti desi companies, anti to pro development politicians.

china is 25 years ahead than india now. after 10 years china will be 30 years ahead. in 10 years all Chinese cities will be connected with bullet trains .currently 80% cities are connected.every city in china is full of 4lane roads with cycle tracks in every city. every city had ring roads Beijing had atleast 5 ringroads, every city in china can be compared to shanghai in roads, buildings, parks. to tell you truth Mumbai don't even have one ring road a complete ringroad around Mumbai. Mumbai lost a chance to become HongKong due to under developed infrastructure in 90s.