Come to China, stay for months, you will konw

Mario Rossi, 5th year in China
As foreigner it feels like to be alien sometimes.. To be obeserved and everything you do is always considered “oh, foreigners are like this, look, how different from us..” in every single aspect of your life. Indeed i agree, I’m different from Chinese, but still i find strange to group all foreigners as the same, anyway that thing doesn’t concern me too much.

Feelings are different according to where you live in China. In big city like Shanghai may be exciting, a small suburb is really boring and completely lower level compared to wester countries. There are more suburbs than city centers..

Overall is nothing special really.. I’ve lived in a few countries and China is not so special.

Zhang Tao, I am a Chinese college student. 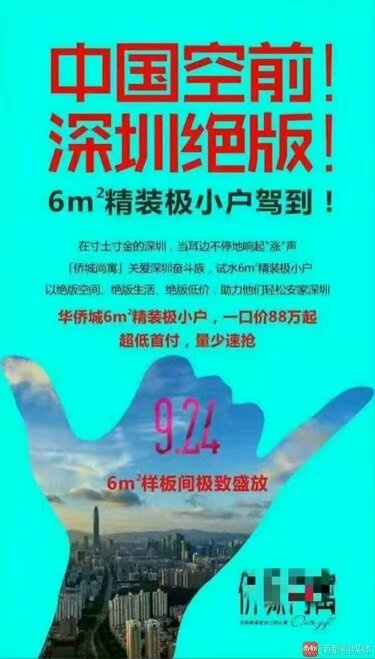 Ryan Hou, Software engineer
In China, there are metropolises like Beijing, Shanghai, Hong Kong, etc. and there are fantastic foods and scenery spots like this: 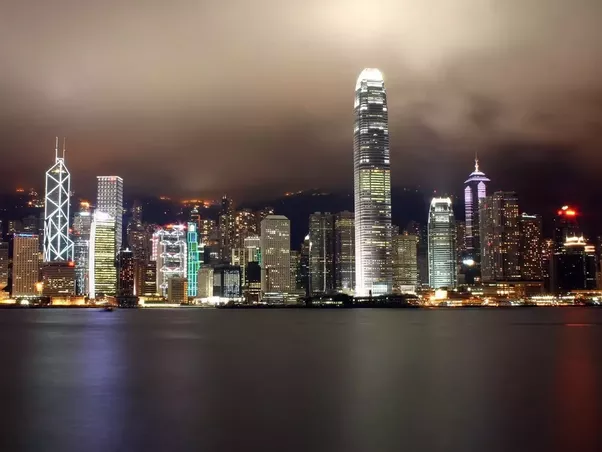 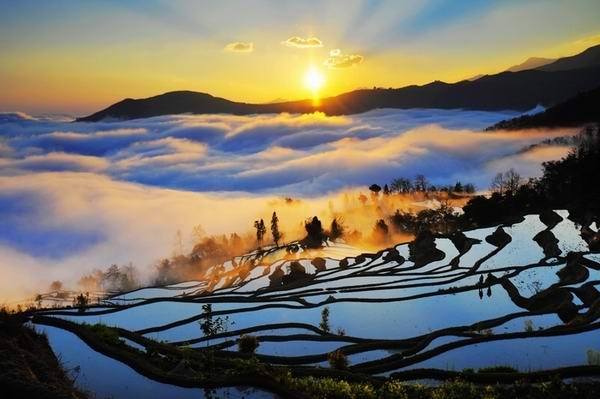 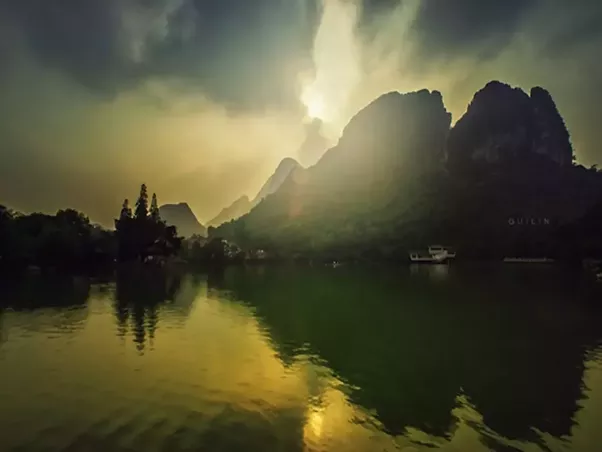 Muhammed Sahel, works at India
all i can say is its all wrong..

you must live there to see what its like ..
my friend did MBBS from china ... he used to say its a great country with rich cultures..

Cloud Bai, Native Chinese that born and living in China.

Not bad, i think.
No guns and low criminal rate, and if you have your own homes, it is good.

Vic Castro
Life in China isn't all that bad. You will develop a busy and new lifestyle, that's all. There are many great places to live in China, after all, every place has their beauty too.

Jamie Cawley, Author of "Beliefs and the world they have created. Lives in China

I am English buy have lived in China (Beijing and Shanghai for 4 years). Once you get used to it, it feels exactly like living in England and more familiar than living in Greece where I have also lived.

Leo J Bach, PhD in Eng., Quant Trader, Lifelong Learner, World Traveler
I found China really lacking of diversity. Even it says there are over 50 ethnics. All are pretty much assimilated, particularly as the so-called development goes. That makes life quite boring after sometime.

Simply, those issues make you suffer and go suicidal.

language barrier
internet (even with vpn, it is so slow, get use to watch stream videos at 240p)
not able to find medicines or foods that you get used to
fucking loud grocery speakers from 9am to 7pm (even on sundays)
fireworks every fcking day 7/24
worst cigarettes ever
fake booze
fake of everything (I even saw 3 fake apple stores.. telecom companies sell fake samsung mobiles at their branches, imagine the rest)
skinny women (damn till the time I came over here, my libido is on the ground)
no cold water no cold beer.. (when you ask for cold beer, they bring ice :)
people r spitting around with large throat cleaning,(sorry don’t know the english of it) at offices, at streets, everywhere..
chinese food is nice, I am not a picky person but someone need to teach them about butchery. They cook all meat with bones and cartilages. damn.

As a foreigner, living in Shanghai is great. It's the most international city you can find in China which makes it very easy to live if you do not speak Chinese. You will find a lot of imported products, luxury brands and so on…

However, if live in a much smaller city like let's say Hefei, you will have a much different experience.

As far as I'm concerned, I've been living in Shanghai for two years, and I absolutely love it. I got to travel and live (for a short period of time) to many other Chinese cities like Hangzhou, Beijing, Chingqing, Wuhan, Xiamen and Shenzhen just to name a few, and none compare to Shanghai.

If you can speak Chinese, living in those cities will definitely be much easier than for someone who doesn't speak the language, but don't expect to live better than in Shanghai I think.

Also, transportation in Shanghai is amazing. Rare are the times when I need an app to get a taxi because it doesn't take time to find one and it's cheap.

That being said, it also comes down to where you come from. As a North American, French, German, Swedish etc, China may not be good because the country isn't as developed. However, if someone from a poor country moves to Shanghai (and has a decent salary), he will find Shanghai amazing.

John Lombard, Founder of "The Language of Culture" | Consultant | Speaker

Impossible to answer. Depends on so many variables.

Where do you live? Is it in a big international city like Beijing or Shanghai? A smaller coastal city, like Dalian or Xiamen? A smaller inland city, like Xi'an or Chengdu? In rural, more undeveloped areas?

Living in all of those areas will yield entirely different experiences.

Every one of these factors will change an individual's answer to your question. I know people who've come to China and loved it (I've been here more than 23 years myself); others who couldn't stand it, who couldn't wait to get out. I can point you to a huge list of names of people who could go on forever and ever about how wonderful their China experiences were; and another list of people who could go on and on about how terrible China was, how they hated every moment there.

Do not buy the hype. Life in China is very much like life anywhere else-- people work, there is an inequality problem, kids go to school, mail is delivered, and society is imperfect.

I don't know where you are writing from but look around you-- I bet you see those same things around you. On the topic of internet censorship, well, in the USA it is done by companies instead of the go nment, but it is still done. Views outside the mainstream are squelched in order to preserve stability. This is wrong and I am against it, but what you need to understand is that the practice is almost universal.

If you really want to know, stop asking others and go there yourself. Living in China for a while literally caused a renaissance in my being and I cannot be happier that I chose to do so. It was really one of the pivotal moments in my life.

Ray Comeau, A decade in China, interest in geopolitics

Living in China is just like living in any huge country with a very long history and a diversity of socio-economics. There are poor people and extremely wealthy people and those in-between. There are large modern cities to ancient farm villages. The diversity in the country is amazing. Unfortunately most people rarely travel enough within the country to see what it has to offer.

The people are friendly and easy going. Major cities are not that different from any other in the world. Despite the usual BS from western media, who are largely ignorant of what happens on the street in China; the foreigner will hard pressed finding "oppression" of the people. In fact many will see the locals having as many fre ms on a daily basis as anyone from Europe to North America.

I lived in China for 7 years in places like Guangzhou, Wuhan and Dalian. So, I might be able to answer your question.

Long Answer: It really depends on you as to what life will be like.

When I was in China, I loved about 80% of my daily life there. I had good friends, I loved my job and I loved the food. (Most of it anyway.)

Some things to understand when living in a country like China (or any country where the vast majority of the country is one race).

You are an oddity and will be stared at. A lot. Not so much in the big cities, but if you are in the country side, then expect it to be constant. The locals don't mean anything by it, but you are one of a handful of non-Chinese they have ever seen.
Food. The food is different from where you come from. Be adventurous, try everything. My motto was, if it doesn't kill the locals, it most likely won't kill me. I found some great dishes this way, including snake blood fried rice and spicy fish heads.
If you are the type that is easily offended, best not to come. Customs are different there. Best to just say, "I'm not in Kansas anymore Toto" and just inwardly wince and move on.

As for daily life, it varies. For me the morning started with a coke and a bread roll. Then I would drive myself to my office (most people get around by subway or bus or taxi.) At the office, I would work all day have lunch that was prepared by my company cook. (My employees loved this part of the job.) And then return home to a home cooked meal of rice, veggies and some sort of meat cooked for my benefit.

On weekends, I would go shopping (Chinese LOVE huge malls), catch a movie and perhaps hang out with friends (a mixture of foreigners and Chinese).