Xiamen railway station is 30 Kms. from Haicang where Xubing lives. I have forgotten all names he told me about the places and for writing these memoirs, I have to take the help of Google and Wikipedia.

Xiamen is a major city on the South East coast or what is known as the Taiwan Straits. It is in Fujian Province. The city was a treaty port in the 19th century and one of the four original "Special Economic Zones" opened to foreign investment and trade when China began economic reforms in the early 1980s. Since then, it has come a long way. Today, it is a bustling commercial hub and a major industrial town.

Xubing first drove straight to the hospital for showing me to the doctor. Unicorn had informed him about my worsening cough. It took us more than an hour to go through the formalities. No one talked to us. I was then taken by a ward girl to the X-ray lab. and was then shifted to another room which I think was a geriatrics ward as there were mostly old people on the beds. I was asked to lie down on one, as the nurse recorded my parameters. I was then told to wait and it turned out be a long worrisome wait. We didn’t want to be told that the sinister cough would need more investigation but it had lasted long enough to cause concern.

Finally the doctor called me and read my report. He showed to me a scary picture of my lungs which I hated to own. They looked like a mass of clouds through which ran some dark streaks like withered branches of a tree in winter. Although, it was indeed winter and the branches on this tree of my life are withering too but I still have a hope of seeing more springs. He said that small pain that I felt during coughing could be because of a tiny dark mass, he pointed at a pinhead sized black spot, I could hardly notice. I swallowed the news with some apprehension and worried about the depredation some mutating viruses could be causing inside me. Trepidation was the word, I was trying to dig out from my memory but it kept on eluding me as the text flowed out and whenever the fluidity of flow of my thoughts is hampered for want of appropriate words, the worry that dementia is setting in starts troubling me.

After collecting the medicines at the reception and paying the bills, which were footed by Xubing, we started off. It was about three hours since we had arrived and we were already testing Xubing’s patience. Liking someone on the internet is very different from bearing with him. We all have our eccentricities and writers aren’t known to be the best people to befriend. It took us another two hours to reach the apartment where Xubing had decided to put us in. 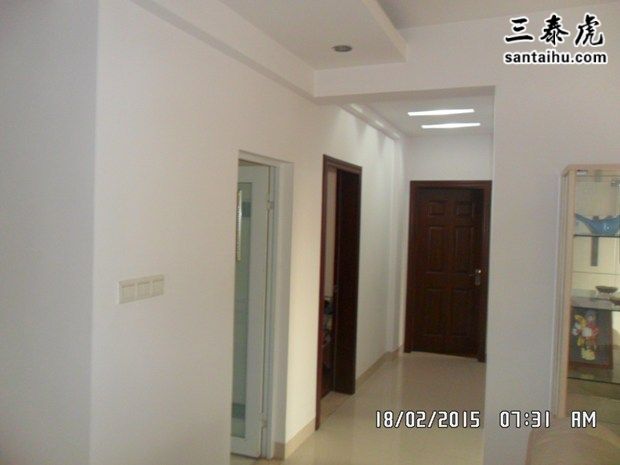 It was a nice three room, roomy apartment, so far unused. The apartment was on ninth floor. The elevator was pretty used up and the approach to the apartment was dark. I have seen while living here in China that none of the residents of the apartment complex, nor the management, bother to keep the common the stairs and the corridors clean and well lit. 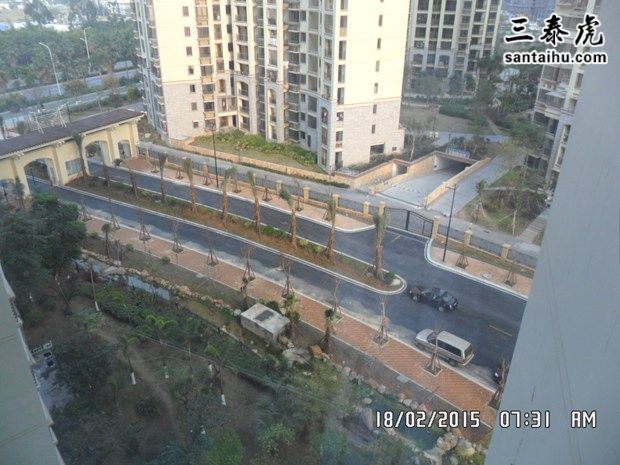 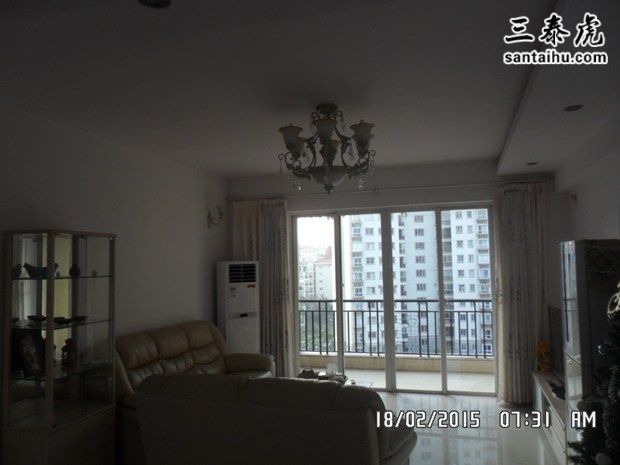 Though it isn’t good in India either but it’s a shade better, maybe because in India the cost of employing someone to do that isn't much but if that is the issue then the promptness with which the garbage bins are cleaned in the colonies here is incomparable with the services I have seen anywhere else in the world. The people put on doing that job can be seen emptying the bins very frequently and besides that some old people too often peep in the garbage bins for picking discarded plastic bottles or some stuff which can fetch them some money. This I think is very unique to China and obviously it is not looked down upon by the society the way it is despised by classed, caste riddled Indian society where not only one would draw sneers from the onlookers, he will be rebuked by the family and before touching anything at home he will essentially have to wash his hands. So only the people who touch and sift the garbage are the people, who do these menial jobs.

In India, where people don’t have the privacy of enclosed bathrooms people bathe with some clothes but as far as I know although the showers are there in all modern apartments in China, still bathing once in a while in community bathing facilities, where they skinny dip in heated pools is more common than having ritualistic baths in the privacy of bathrooms like we Indian do. In India the sights of men with their trunks on, and women wearing their sarees and blouses taking dips in the rivers aren’t uncommon. If you search on Google for the pictures of people taking bath in the rivers, you will have visual confirmation of what I am saying. 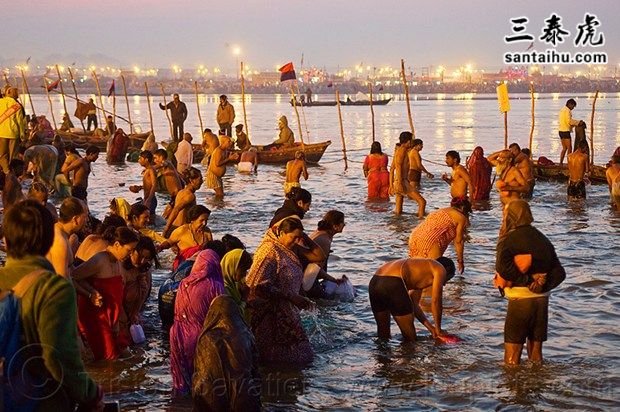 A peep into New China. When I visited China in 1982 It wasn't like this, the skyscrapers and things. China was beautiful but more not sedate and not so brash.

Thanks for a lovely account of your visit and of your friend. Enjoyed it thoroughly

It's a pleasure to see you here. China still is beautiful though mindless commercialization has done a lot of harm to the environment but places where the commercialization hasn't reached still have their pristine beauty, but the pace of growth here is mind boggling. Let's hope that the awakening that has come all over the world will get its share of respect from China too.

A friend of mine went to Japan and got into one of the communal hot water baths,. After initial hesitation, he took off his cloths when he saw others do the same but he got a shock of his life when he saw a group of women getting into the same bath stark naked1 if such a thing had happened in Ind the women's honour would not be safe but countries like Japan and China probably have maturer attitudes. In European railway stations, I have seen women taking off their cloths in railway waiting rooms and change them. No body even gives a second glance to them.

In India MVB, they are not spared even when they are fully clothed, forget about sharing pools with them. I am not sure if in China too the community pools are common somewhere but yes in Japan I have heard they are but even here, women often openly try the clothes in departmental stores but no one cares.

Thank You Navneetji I will restrict my comments on life of Indians in the USA. The Chinese have been great Entrepreneurs in the USA too mainly in states around Pacific coast and New York. They have their own Towns whether in San Francisco, LA, Vancouver, or Montreal.Silently the Chinese have captured many big Cos like AMC, Flextronics etc. Yes there are certain jobs or businesses which Indians in USA do not do either because of their past inhibitions or caste based vocations in their own country. Generally they do not own barber shops, dry cleaning, meat packing, janitorial which the Chinese do in many towns on the East Coast. The Indians are good in IT, Hotel/Motel,Medicine, CPAs,Pharmaceuticals, Gas stations,or general retailers. Time magazine once said that the Indians are the best immigrants as they do not require any help and also added that Hindus in them are the first to get rich. Thank you once again for the very informative blog on life in China this time and as always.

Yes, you are right Karor Ji, we are as enterprising but as you have said, traditionally we don't take up certain professions even if we may be dying of hunger for want of a job. A friend of mine, a Tamilian Brahmin told me once that he came across a very good offer of setting up a unit for making Shoe Uppers ( leather) and his mother told him not ever to think of that. All the meat export business in India is controlled by Qureshis because a friend of mine told me that because Marwaris and Gujratis will not even speak about it.

Perhaps the security is against thefts but I don't think there is much of theft or petty crimes here in China. Unbalanced people maybe? Can't say but terrorism though is said to exist in certain parts of China but as compared to what is happening around in the world, it is a pretty peaceful place, in fact the best that I have so far seen.

Great stuff as usual Navneet, thanks for providing it.

I was wondering what all the security was for, is it for threat of thieves, unbalanced peoples, or extremists?

Navneet Thank you for writing so well on a life in a city in China.Collecting bottles, plastic, soda cans etc is common here too mainly among the Orientals meaning Chinese, Vietnamese. A soda cans get 5 to 10cents and a bottle too a similar price. Some of these people ransack the trash to get these items which they sell at a scrap dealer. A number Chinese elders go to Senior Center where discounted food and tea is available at a subsidised rate.

Yes you have expert knowledge on the life in China and much of ithas been shared on your blogs through which we also have come to know a little moreabout China.

In a way it is not a bad think to do but to an Indian, it is unthinkable, even if ti can be a good and easy way of supplementing income but the logic of Indians about what to touch and what not borders on extremism.

Indeed as bloggers on "Sulekha " (old times if I may say) we have been extremely fortunate to have interacted with each other, each one with his /her own unique strengths. In fact despite not having seen or met many, we still feel some connect with them.

A lady blogger,,who I have not met, once commented to me on Facebook, I know you since the days of sulekha. That is the undercurrent amongst Sulekhites. Like all I am also saddened that those days are now part of history.

Coming to your China experiences, I must say you are damn lucky that you have such memorable experiences. You could emerge as the contact point for Indians wishing to engage in trade and business with the Chinese, after all business is not just figures and calculations, it is more of human relationship.

Or you have enough material and experience to write a great autobiography.