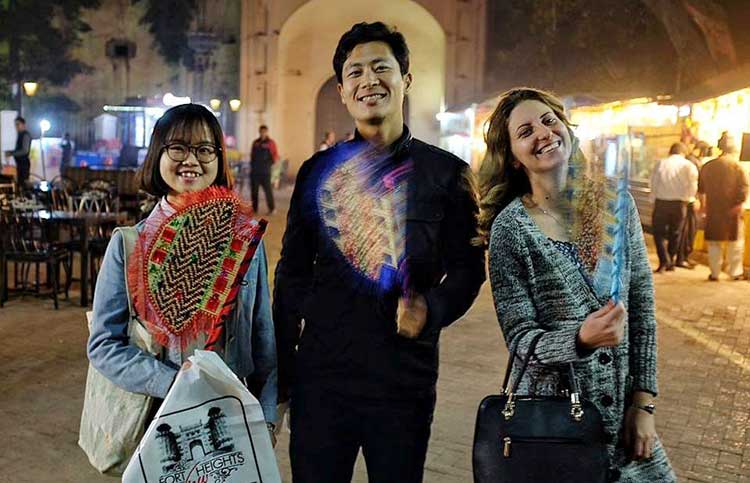 The Chinese New Year, commonly referred to as the ‘Spring Festival’, is the biggest and most awaited event celebrated in Mainland China at the turn of the traditional Chinese lunar calendar. According to the classification of the Chinese Zodiac, this year, beginning on January 28th, is the Year of the Rooster. Celebrations often begin with a family dinner on the eve of the New Year, and go on till the Lantern Festival on the 15th day of the first calendar month. The first week is particularly eventful, with colourful festivities in various parts of the country.

It is no secret that China and Pakistan have a strong bond that has stood the test of time. However, this bond is no longer limited to cooperation at the go nmental and commercial level; it now includes stronger people-to-people relations, as well as increased exchange in education and culture. In fact, there is a sizable population of Chinese citizens who chose to stay in Pakistan at this Chinese New Year, away from friends and family. Apart from Chinese professionals who are committed to working on development projects in Pakistan, these also included several Chinese students who are currently working here on different projects. We decided to ask two of these students, living in Islamabad and Lahore respectively, about why they decided to visit Pakistan at this time of the year.

Grace, a Chinese undergraduate student in her senior year, came to Pakistan in January 2017. She is currently teaching for Taahjee Foundation, a youth initiative that works on social welfare and education. Having relatively less workload in the final year of her degree program in China, Grace wanted to work abroad for a few months. She had an array of options in front of her. However, she had an inherent passion for community service, and had heard great things about Pakistan from her Pakistani friends in China. Hence, she applied for a volunteer opportunity to teach underprivileged children living in the slums of Islamabad. 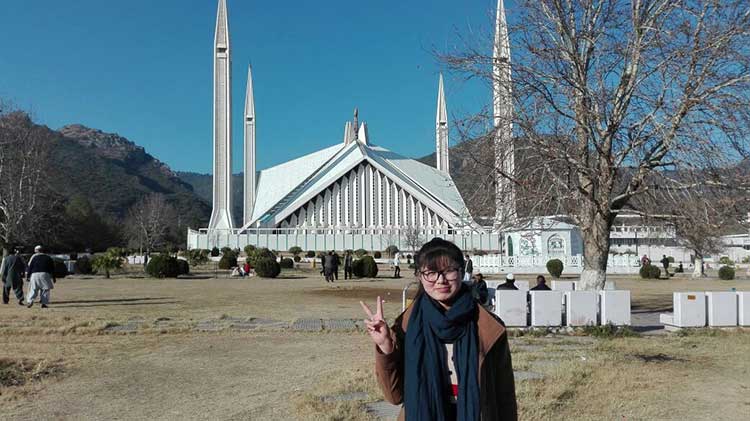 Grace came to Pakistan with preconceived notions about the country and its people. Having repeatedly heard its name associated with religious extremism and terrorism, she was skeptical about the attitude of Pakistanis towards foreigners. However, she felt optimistic about the New Year, and wanted to experience Pakistan by herself before passing any judgments. Upon landing here, she came to know that the people are actually friendlier towards foreigners, especially the Chinese. She was afraid that she may offend the locals by unintentionally disrespecting their culture, but she soon realized that a lot of people – even in the slums – were not only open-minded, but also aware of many aspects of Chinese culture, traditions and politics.

The first week was tough. Grace was unhappy with her accommodation and the frequent power outages in Pakistan, which she clearly wasn’t used to. However, after spending a few days here, she realized that if she chose not to adapt to the living conditions that many poor Pakistani and Chinese people face every day, she would miss out on the underlined purpose of her visit. It was not long before Grace began to appreciate the fresh air, the ethnic diversity and the warm people of Islamabad. 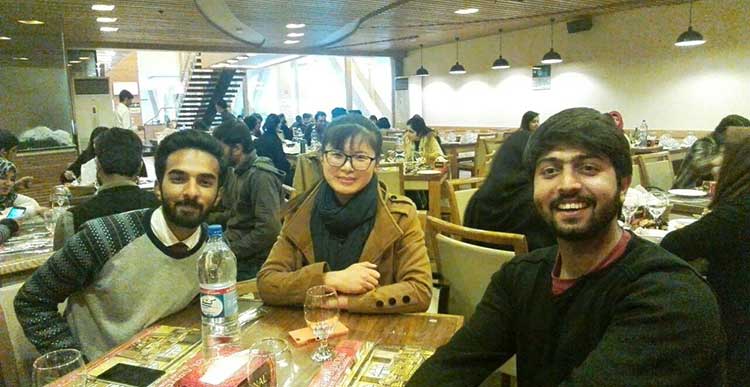 Despite barriers of language and culture, Grace now feels lucky to have had the chance to communicate and integrate with Pakistani people. Instead of celebrating the New Year by attending her family reunion back in China, she cooked dumplings (a traditional New Year food) for her roommates and spent time with her new friends and students in Islamabad.

Chen Yanni, another Chinese undergraduate, is a student of journalism in her final year. While looking for internships abroad, she was surprised to see a large number of opportunities available in Pakistan for Chinese students. Through AIESEC (the world's largest student-led organization for young people to develop leadership skills), she immediately applied for an internship at Daily Pakistan as a Web Editor. After being selected by both AIESEC Lahore and Daily Pakistan, she finally came here for a six-month internship. Being a student of journalism, she was aware of many aspects of Pakistani politics and culture, but was amazed to find out how much the common Pakistani knew about China. It was only after her arrival that she got to know about the various ongoing development projects between Pakistan and China under CPEC, which were considered as common knowledge by many Pakistanis.

Despite being fluent in English, Chen Yanni faced a language barrier in Pakistan, since according to her the Chinese education system focuses more on academic English. However, she soon began to polish her conversational English skills, and also started to pick up commonly spoken Urdu phrases. 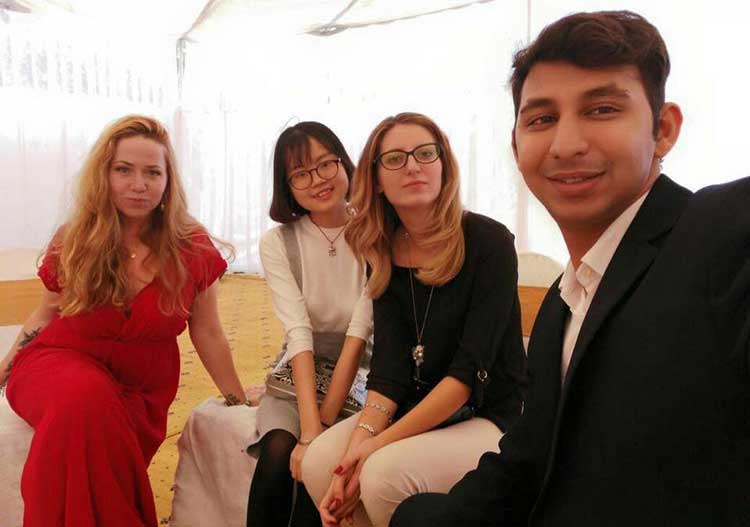 Chen Yanni is fascinated by the closely knit families in Pakistan and their hospitality towards foreigners. She makes it a point to meet new locals every day, and has visited an array of places in Lahore, including Badshahi Mosque and the Lahore Fort. In the process, she has also realized that despite the decades-old friendship between Pakistan and China, they are two distinct worlds. She advises people who are hesitant to visit Pakistan to experience it once before jumping to any conclusions about the country and its people.

Chinese people celebrate the Spring Festival to start the year with good luck and prosperity. Quite a few of them spent this New Year in Pakistan, away from their families. Like Grace and Chen Yanni, they chose to prioritize the mutual prosperity of the two countries over their own happiness and comfort. Their work ethic and passion for what they do is exemplary. People of both nations should appreciate the efforts of those like Grace and Yanni, and work towards building a stronger, lasting bond between Pakistan and China.。