Looking down from the safety of the ship, shimmering water with ripples dancing over it caused by the slight stir in the air, or spread like a sheet of satin over the large expanse of can appear to be inviting one to poetry, but below the surface, it hides perils, like the vast shroud of uncertainty spread over our future, it lets enjoy the instant that eye beholds and the mind pictures. 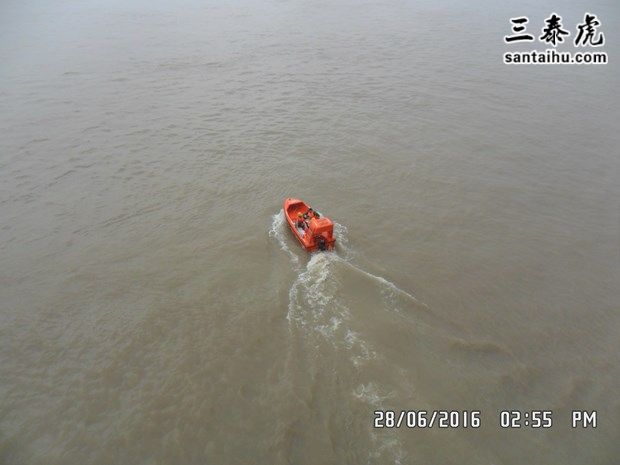 And all this picture that I am drawing here is of placid seas, but there are people who have gone around the oceans of the globes in reed boats, however this doesn’t belittle their majesty or trivialize their might. All those who take up the challenges of climbing the summits or crossing the oceans kneel down and pray after successful conquests because they know that, their feat howsoever daring may seem to the ordinary human beings wouldn’t have been possible without the blessings of the Almighty.

What to talk of the oceans, the currents in the rivers too are very strong. I remember when I was on one ship that used to go to Brazilian, Peruvian and Columbian ports in the mighty Amazon. The currents in that river are so strong that it is not uncommon to see huge chunks of lands, with houses and animals on them, broken away from shore and being carried downstream like little islands. The sand at the bed of this river keeps shifting to form what are known as bars or barriers. So every time when you come to the river after a few days, its topography can be different and unless you sound the water in the river ahead of you, the ship’s bottom can scrape against the river bed causing serious damages or even rupture of the bottom of the ship, if it runs aground.

A boat was carried on that ship and where the water depth was known to be less, the navigators would lower the boat in water and sound the depth of the river ahead to decide whether the ship could pass or would have to wait for the high tide to ride over the bars. Our final port of destination used to be Ikitos in Peru. It was what is known as an anchorage port. There was no wharf or jetty for the ship to be tied alongside. It used to be tied to the buoys in the river and the cargo was discharged in the barges. For going ashore, some boat was hired but the service was very unpredictable, so for most purposes the “all purpose” rescue boat was lowered and used. It had an overboard engine that is started by pulling a string.

During my visit to Ikitos on many occasions, I too had gone ashore on that boat. But once it so happened that one Third Officer and a Seaman had got on that boat for some job. The boat is kept of the deck in the accommodation quarters which are in the aft of the ship. The boat was lowered and the engine started. It raced to the forward of the ship and after reaching a few meters ahead of the ship, the engine stalled and stopped. Both the persons on board tried to start the ship as it drifted back. The boat drifted rapidly and was sucked below the barges that were standing around the ship for taking the cargo. I wasn’t sailing on the ship that time and I came to know of this incident later. I don’t know whether they were wearing their life jackets or had committed the gravest mistake of their lives.

When it came out from the other end, in an overturned state, the men weren’t there. They were never found. Amazon is home to vast aquatic life, much of which hasn’t been researched yet but some of you might have read about Pirahnas or seen the movie with the same name and the scenes of their voraciousness might revisit you while reading this, but little is known about hundreds of other unknown species and their ravenousness. In the aquarium at Singapore, I saw a tiny scorpion form the amazon kept in a sealed glass cell. It had a warning displayed cautioning the people against touching the glass cabinet as it read that the mere touch could instantaneously paralyze and kill.