Why do people living in the west have much lower savings rates than the Chinese? 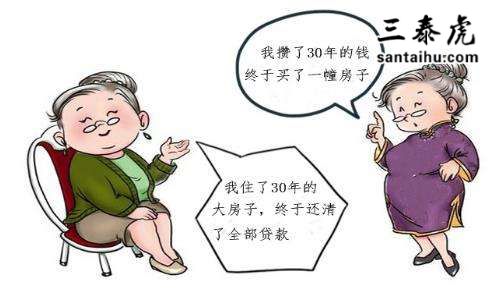 Tom McGregor, Editor/Commentator at CCTV.com (2015-present)
Answered Wed
As an American, I can speak from personal experiences to answer the questions here. As a child, I grew up in a family where we were encouraged to save money and not spoiled so that if we wanted to purchase something dear to our hearts, we had to earn the money ourselves to buy it.
As a saver, you are required to boost your willpower, maintain self-discipline and remain patient when finding yourself in a shopping mood. These are good personal traits to have and I encourage all others to make efforts to act in a similar manner.

Nonetheless, for a few years after graduating from college, I diverted from my good habits on saving and transformed into an overspender, racking up debts. Numerous factors were at play for my behavior but we should still take responsibility for our actions, regardless of circumstances.
So let’s flash forward to my arrival in Beijing in Oct. 2010, when I still had shown a reluctance to save money, but since I had more control over my finances, I was more careful about how I spent my money.

After I met my future wife, Zhou Yawei, a Chinese native, she offered to help me with saving money. At first, I was reluctant since her plans involved taking control of my ATM card and just providing me with an allowance for each month, which is a Chinese custom. But she pledged to save the money and alert me on any added purchases on her part.
It was not easy for the first few months to stay so careful on my spending habits, but after reviewing my bank statements, three months later, I discovered we had much more money in the bank.

And just like any regular American, who discovers access to extra money, I wanted to go on a spending spree to celebrate, but Zhou Yawei had prevented me from doing so, warning that anything bad could happen in the future, so it’s better to keep the money in the savings account.
She was proven right in the years ahead. While living in China I had enjoyed many moments of career highs, but also career lows. In some places I was hired and earned higher than expected salary, but at other times I had lost jobs and at one point I was unemployed for a nearly 8 months.

Fortunately, I moved on to bigger and better things even after some scary sufferings, but in China you never know if the next day is your dooms day. It can be frightening at times, but let’s be honest: life is not fair.

Many Chinese have similar attitudes about life and hence they recognize the enormous value of saving money for a rainy day. Meanwhile, it makes them more hard working and determined to succeed in life.

They tend to be more risk-averse by nature, but as I reflect on my most foolish mistakes in life, I realized that I had taken too many risks and so when failures had struck me, it seemed like a forgone conclusion.
Additionally, the credit craze has not yet taken a hold of Chinese society. Yes, more and more Chinese are using credit cards, but they are smart enough to treat them like bank debit cards and rarely go over the limit on monthly spending.

WeChat Pay and AliPay are popular for Chinese consumers so they can make purchases on their smartphones, but you have to put money in the e-accounts before you can buy anything, so there’s no imminent danger of going into debt.
So, it’s my opinion that one of the strengths of China’s economy relies on the Chinese mentality to work hard and save money. If the domestic economy places too much emphasis on consumption to spur economic growth that may lead to short-term benefits and long-term consequences.
Saving for the future is better than satisfying your shopping spree whims today and going into debt tomorrow.