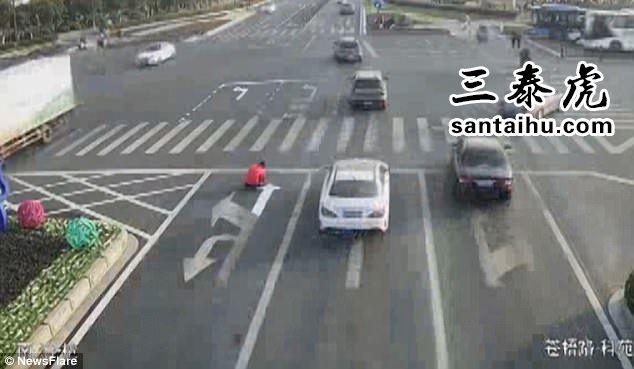 This man's morning commute was so bad that he was driven to draw his own markings on the road.

A Chinese man named Cai refused to waste his mornings sitting in traffic so he decided to draw another arrow on the road in order to speed up his commute.

China Daily reported that Mr Cai brought a brush, ruled and white paint and set about painting an intersection where he was regularly caught up in traffic in the city of Lianyungang.

So he wants to drive straight into oncoming traffic? Fake news
3
2

So I just watched the video, they have two lanes (2nd and 3rd from the left) merge into 1 through the intersection and he wants to add a third. Is he insane?
0
7

My god that is a confusing intersection.
0
12